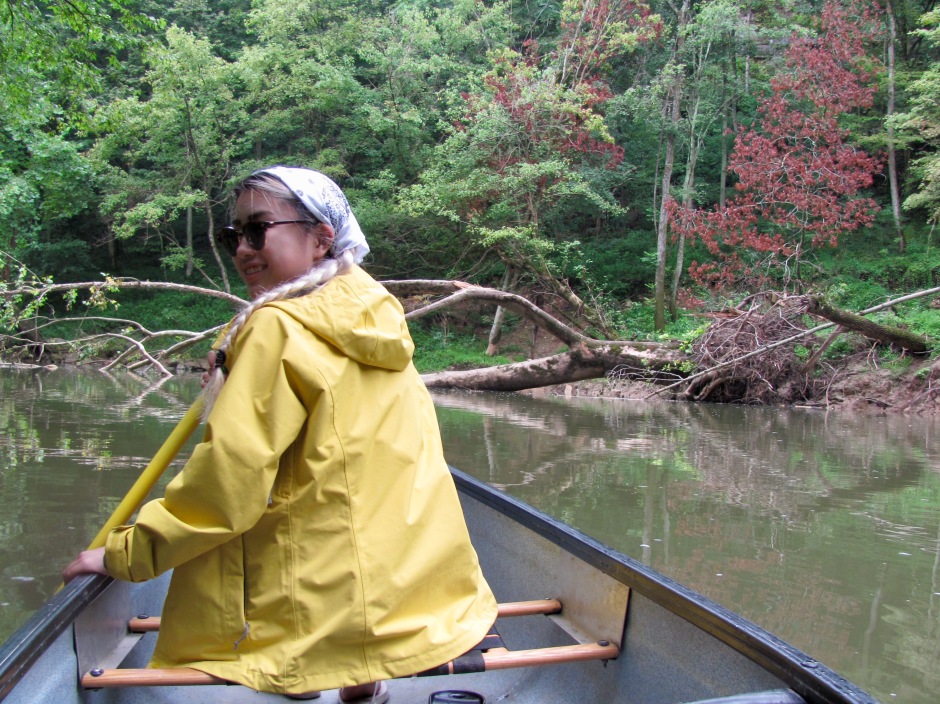 I’m going to apologize for two things here: 1) not posting a blog for a few days, and 2) returning to posting blogs with an obscenely picture-heavy post with about four separate outfits in it. 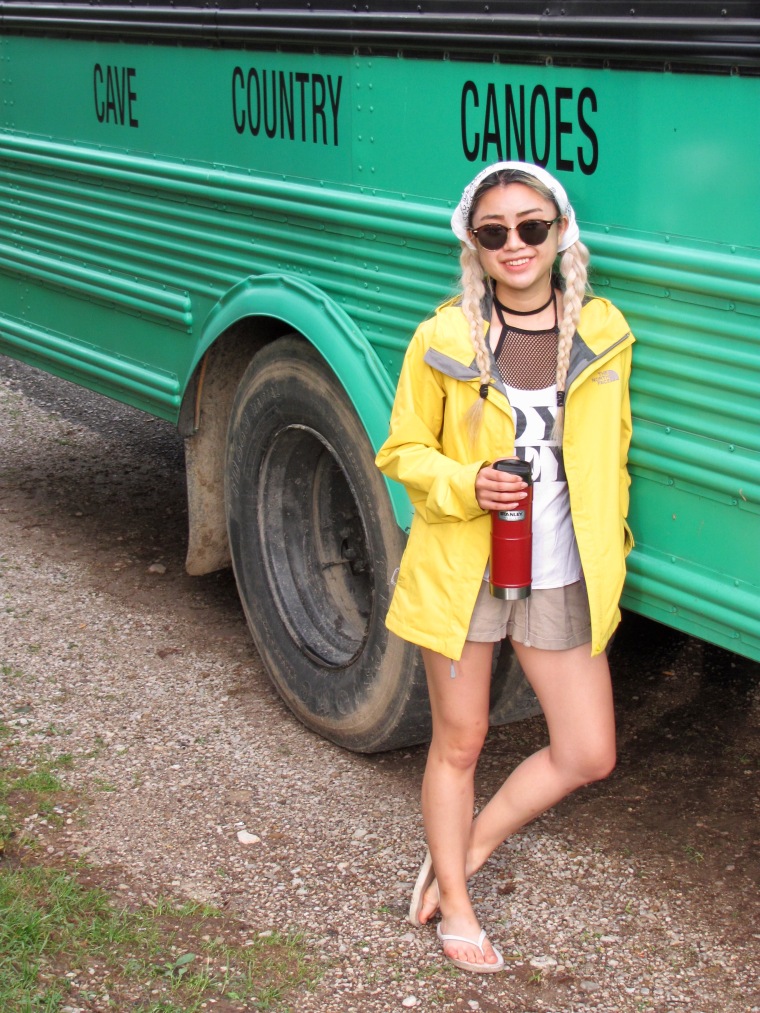 The four separate outfit thing is less directly my fault though – my dad and I went canoeing for the first part of the day, so I had the outfit I wore for that, then the bathing suit I wore underneath for when we stopped and swam in the river, then the outfit I changed into afterwards since my first outfit was wet and dirty, then the dress I changed into when my friend, Jane, and I went out to dinner.

So you see, the costume changes were all necessary to the day and totally not all due to me simply being an excessive person who likes excuses to change her outfit. What, you think I’d start a fashion blog and actually enjoy putting together outfits? 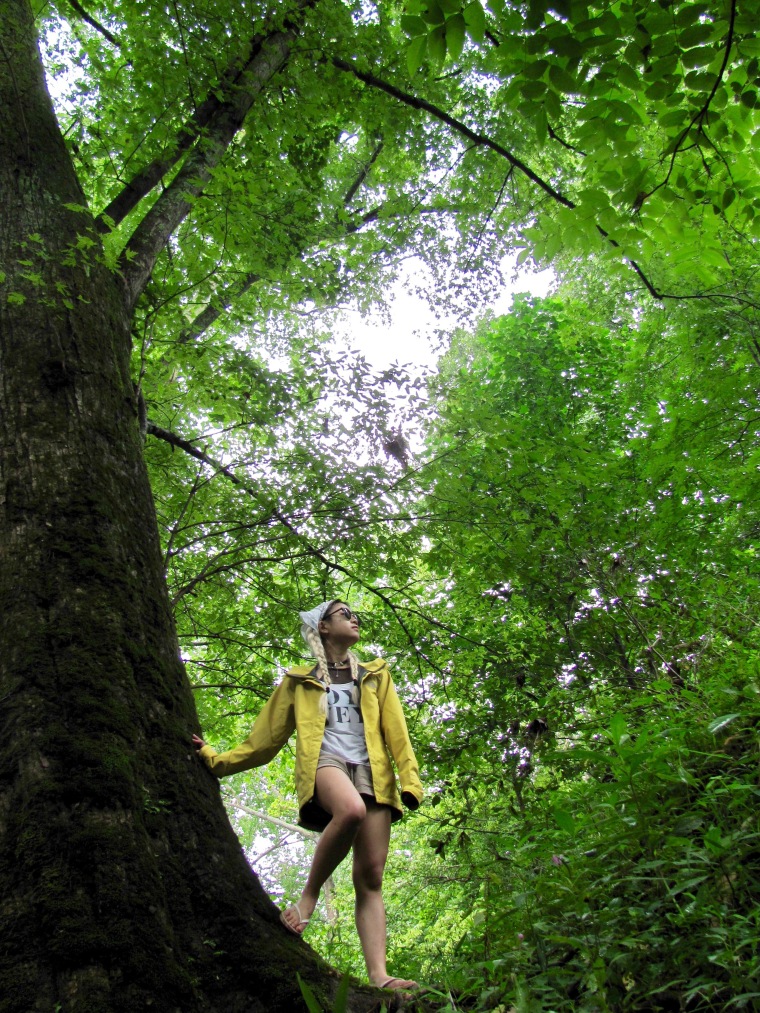 Anyway, my dad and I started out day at about 5:00 AM with a two-hour drive out to Milltown, IN in order to catch an 8:45 bus down to the Blue River for canoeing. This – canoeing on the Blue River –  is a tradition we’ve had since I was a kid, maybe third grade or so. It used to be that we’d go along with some of my friends and their dads, in sort-of a daddy-daughter thing, but over the years, people moved away, and the tradition sort of died off.

In truth, we hadn’t even done it for years ourselves. But, with me going off to college in a few weeks, we thought it would be a nice time to bring it back.

And I’m glad we did. Canoeing is a low-key kind of fun; there’s not a ton of screaming and laughing, and conversation’s quite difficult since you’re sitting one in front of another, but it’s a nice way to simply enjoy each other’s company. The part of the Blue River that we canoed (didn’t know that was a word) down was really pretty, and there were a couple of banks where we stopped to walk around the woods and wade in the river as a break from sitting. 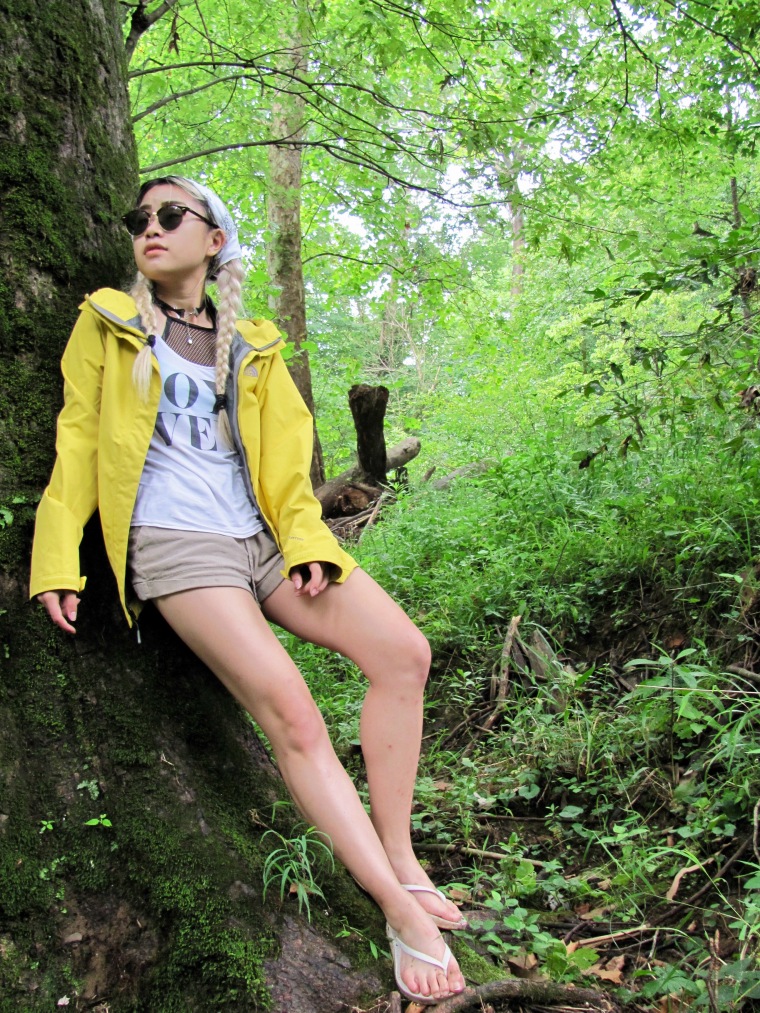 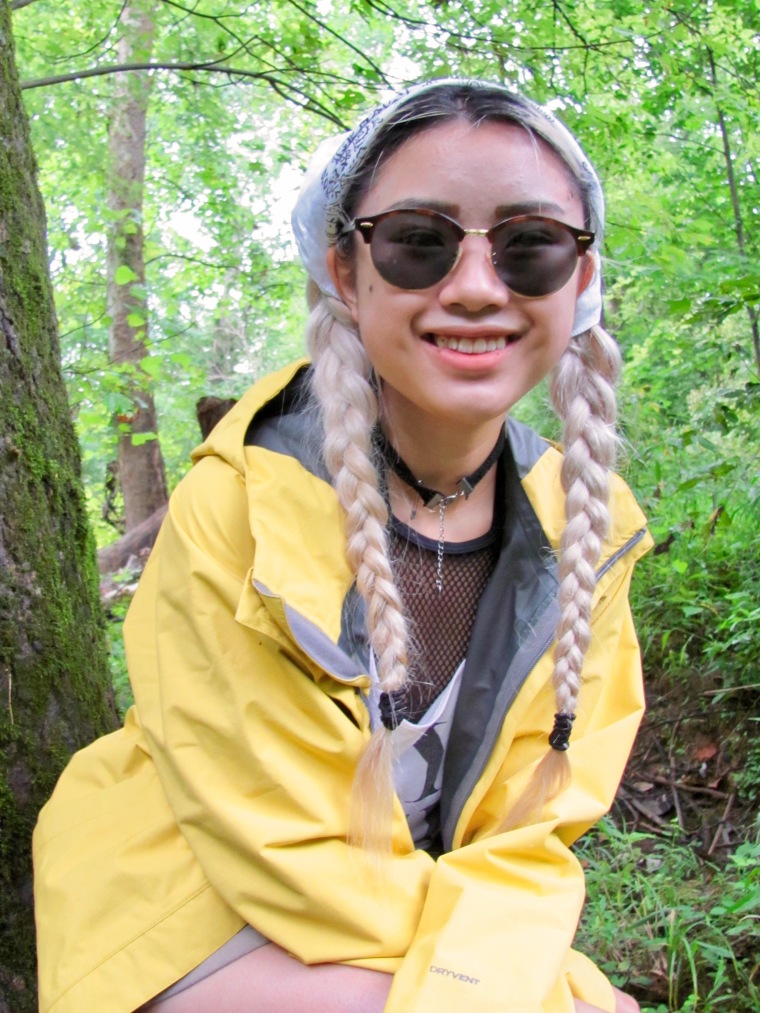 About three and a half hours later, around 12 noon, we reached the end of our trip. From there, I took on my second costume change of the day (the first being changing from my canoeing clothes into my bathing suit while still on the river), changing one dirty, wet top for a clean, dry one.

We then stopped in Louisville in the Bardstown Rd. area (very cute and hipster, by the way – almost like a little Shoreditch) for lunch, and, though I didn’t intend to take any more pictures, I couldn’t resist when I saw this big beautiful wall with a colorful mural on it. Then, I ate a popsicle, and I thought that would make for a good shot too…you see now why this is such a picture-heavy post?

#throwback to summer when I had roots but fewer worries

That leads to my next costume change of the day – a beautiful pale pink maxi dress Jane bought in France and gave to me since it didn’t fit her anymore. We were going out to dinner that night, and I thought, you know, why not change out of my slightly ratty canoeing/Bardstown Rd clothes and into this new dress?

Thankfully, that fourth time was also the last time I needed to change clothes for the day…unless you count the pajamas I changed into at Jane’s house. I guess that would’ve made for five? Oops. 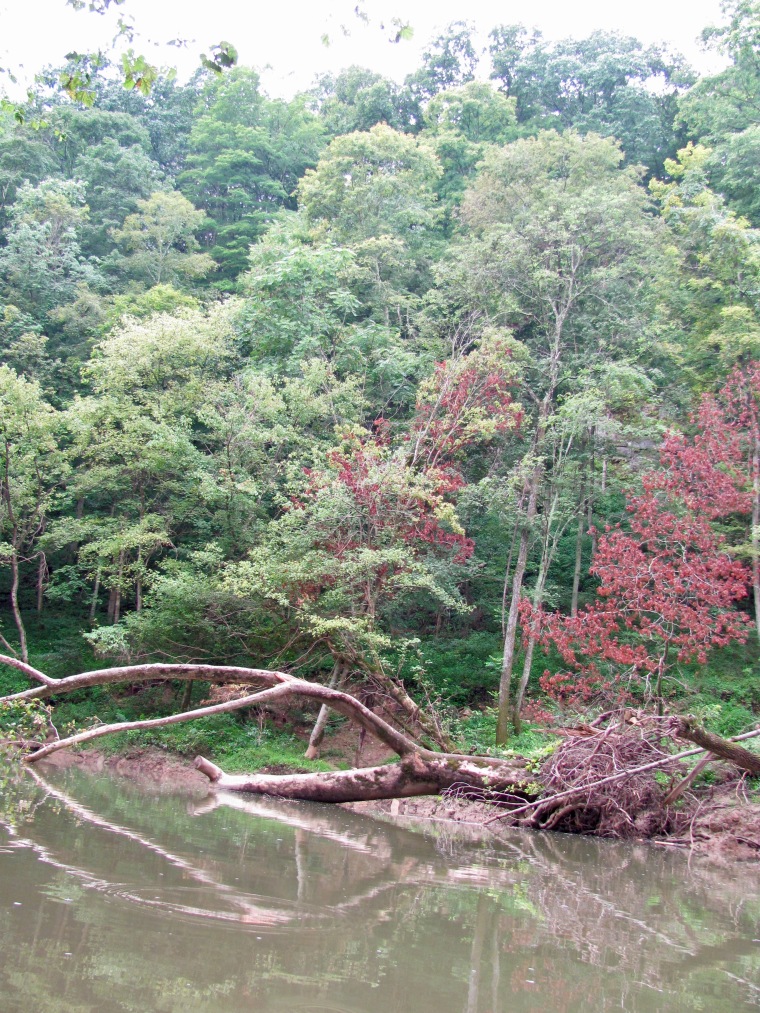 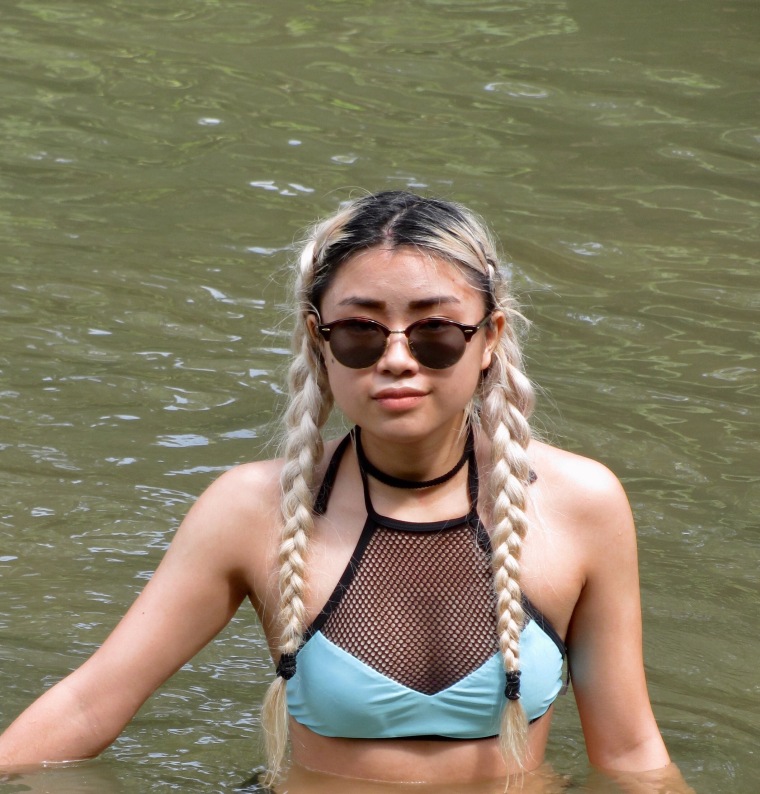 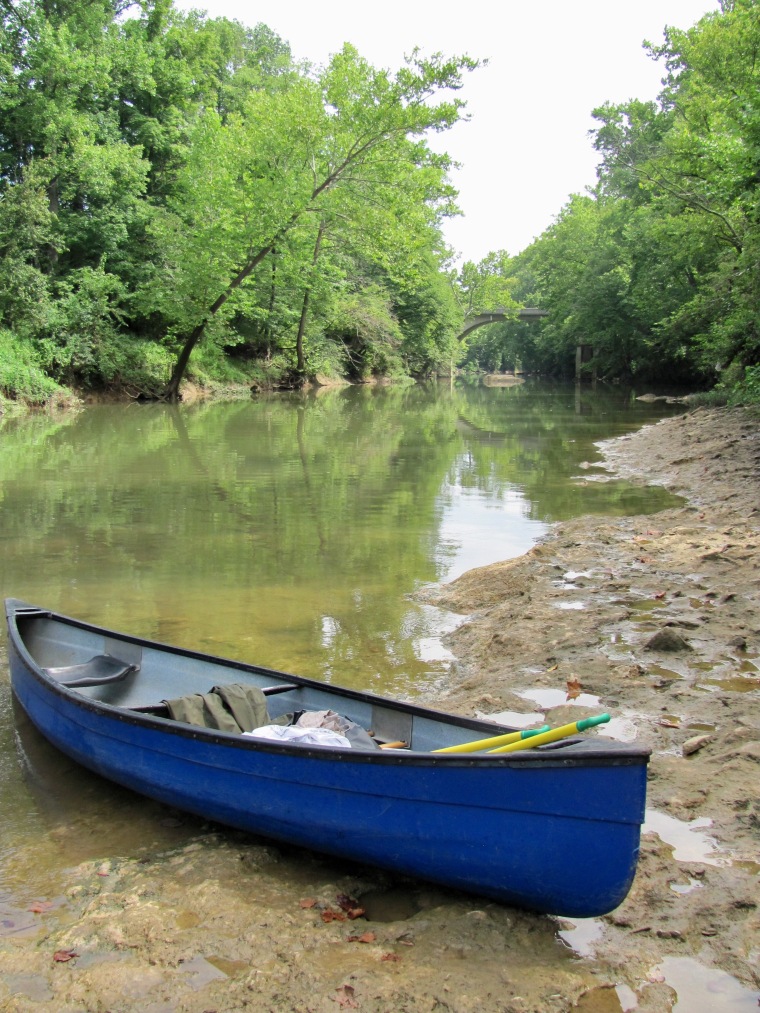 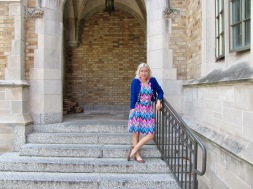 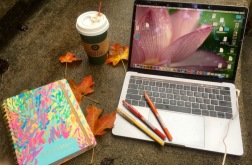